The Uganda microfinance regulatory authority (UMRA) whose mandate is to regulate, licence and supervise all tier IV microfinance institutions and money lenders in Uganda has warned all money lenders operating illegally that the authority will launch enforcement operations against those operating outside the law.

Speaking at the media centre in Kampala, Peter Ojulang on behalf of the Authority’s Executive Director said that the illegal money lending companies are taking over the advantage of desperate people affected by the pandemic to cheat them.

“We are informing the general public that the Authority has finalised plans to launch enforcement operations against all those operating outside the law”. He said

The Authority noted that thier are a number of lending companies mushrooming and operating unlicensed which is in defiance with some sections of the Tier 4 Microfinance Institutions and money lenders Act 2016 and accompanying regulations.

The Authority appealed to borrowers to transact business with only licenced money lenders to avoid being cheated. 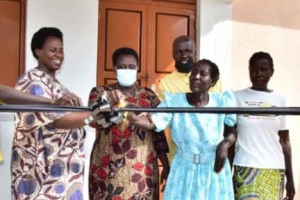